China Recruitment: Gaokao or no Gaokao ?

The University of New Hampshire announced it will be accepting the Gaokao (GK) score as part of the admissions process for Chinese international students at a news conference on June 10, 2018 in Beijing. PIE News led the way in reporting this; Reuters, the Associated Press, Bloomberg, the New York Times, BBC, People’s Daily  and local New Hampshire media outlets all followed and covered this move towards inclusion.

This is the first American flagship state university to officially announce use of the Chinese GK as one way assess fit for admission.  Historically in the U.S., only private universities, liberal arts colleges, and community colleges have considered the GK score.

Should my university consider Gaokao score and SAT?

Perhaps one reason why the U.S. has been resistant to accepting the GK is rooted in its lack of knowledge about the validity of the scores.  However, the GK score is considered one of the most fair and trustworthy systems in China.

The SAT is considered an aptitude test whereas scholars would argue the GK is an achievement based test.  However, in the current climate where students around the world practice and train for the SAT, this exam itself is becoming more achievement based than aptitude based.  One can take courses to prepare for the SAT, take the SAT multiple times, fly abroad to take SAT due to no SAT test available in mainland China, and therefore, is the SAT still a truly valid aptitude test, especially for Chinese student?

We can also look into the result of Gaokao allocation recruitment system – its graduates. In a matter of fact, every single one of the 120,000 Chinese college graduate, currently in the U.S. Master and Doctor’s programs, was once an accomplished Gaokao taker, without exception. Some of Gaokao takers and Chinese college degree holders, are not too bad compared to their peers in the competitive postgraduate program peers in some top  U.S. universities, such as the author himself, a Gaokao taker and a Chinese university degree holder.

Chinese universities admit students based only on their Gaokao score.  A computer system will allocate college seats based on the Gaokao score while also accounting for a student’s order of preference for schools.  The score not only determines the college, but the student’s intended major. After a student is paired with a college, their major is determined and the student cannot change schools or majors.

Should my university consider Gaokao score and other academic credentials?

This is the major hurdle preventing for U.S. universities from considering Gaokao school students, because Gaokao high schools are not equipped to provide credentials U.S. admission offices demand, such as transcripts in English, and the Western style reference letters from math teachers and high school counselors.  High school counselor profession simply does not exist in Gaokao schools. In the allocation recruitment (to be described later), those mechanisms are not part of the admission process to Chinese universities. International schools in China aggressively fill this gap by being able to conveniently provide those credentials the U.S. universities require.

The National College Entrance Examination (aka Gaokao), is an official academic examination held annually on June 7th and 8th by the Ministry of Education in China.

Almost all Chinese higher education institutions solely use the Gaokao score as the determining factor in freshman admission.

The Gaokao is a 9 hour long academic test administered once a year with total score of 750.

Transfer between into Chinese universities is not allowed, according to the “High Education Student Management Regulation” by Ministry of Education.  To change schools requires undergoing the Gaokao process again in another year.  In 2014, a student from Hong Kong University (despite a full scholarship obtained by her top Gaokao score in Liaoning Province) withdrew from HKU due to difficulty in adjusting to the curriculum, language, and environment of HKU.  She chose to spend one year studying to retake the Gaokao, and was admitted to her dream school: Peking University with a top Gaokao score again.

The post-Cultural Revolution Gaokao exam has been administered for the past 41 years with Gaokao reforms since in 2013.

Because of its direct link to university admission, the Gaokao is the most crucial test for all Chinese students targeted to Chinese universities. Students typically spend their entire senior year or more of high school preparing for this exam. Controversial high performing “Gaokao Factories” produce high score students, while also receiving wide criticism due to departure from a holistic education viewpoint.

In short, in China, the Gaokao is one of the most important parts of the secondary education system for all Chinese college preparation students who have not chosen the international curriculum.  According to an article from The Guardian, the Gaokao is the “toughest test in the world”.

The above is only an outline of the Gaokao.  Variations exist due national and provincial level Gaokao policies as well as ongoing Gaokao Reform.

What are the benefits of recruiting from the Gaokao pool?

Recruiting from this population significantly increases the student pool.

Rather than competing fiercely with their Gaokao peers by being evaluated by the mathematical and other subject guidelines from NEEA, many of the international track students treat the TOEFL and SAT as the “Western Gaokao” (洋高考).  Many of the international school administrators in China allow and even encourage students to take extended leaves of absence, to prepare for the TOEFL and SAT in full time off-campus programs.

In China, most international track students take the TOEFL and SAT multiple times, with heavy practice on past leaked SAT problems acquired by cram preparation programs.  Both the TOEFL and SAT are treated as achievement tests, not as aptitude tests.

There is no record of the GK ever being leaked, repeated or canceled for the past 41 years, whereas this has occurred multiple times with the SAT. In fact, many Chinese students will choose to fly to the U.S. to take the SAT given the number of times Asia test centers have canceled SAT exams.

The Gaokao is administered by the government once a year and it is a federal felony (with up to seven years imprisonment) to cheat on this exam.

Method 1. Allocation Recruitment (Tongzhao, 统招) : Almost all of the Chinese students are allocated by the province level Education Examination Authority to all of the universities according to students’  GK scores.

All majors within colleges have planned seat numbers, and this quota is publicly announced in each province. Those seats are to be filled solely by the the applicant’s GK score, in the order of the application’s GK score rank.

The allocation process is known for its efficiency.  All freshmen classes of all Chinese colleges are filled in a matter of a few days, because it is purely done by GK score ranking, and allocated remotely by computer.

The Allocation Recruitment is objective, not subjective.  Therefore it is considered as one the “fairest” system in China.  It does not rely upon reference letters from teachers which can vary in quality, review of materials by differently trained admissions officers, or utilize systems that advantage students, such as the U.S. legacy considerations that some schools have.

Since the GK is authoritative and almost free to students, any student with a top GK score can be admitted to a top university.  All of the top Chinese universities are public.

One student can only be allocated to one college at a time by the computer, so multiple offers to one student will not exist in the Allocation Recruitment method.

In China, the Gaokao score equals a college seat according to score and ranking.  This is the fundamental reason why Chinese students and parents judge international universities only by ranking, because the Chinese Allocation Recruitment method has trained them in this way.

Challenges to only considering the TOEFL and SAT

The TOEFL exam is administered by Educational Testing Service subcontractors in China and it is not a crime to cheat in the way it is for the Gaokao. Contract cheating on TOEFL exams can be easily arranged in the China market.

The SAT is not administered at all in China and in fact, students must fly to Hong Kong, Japan, Thailand, U.S., or other foreign countries to take this exam.

With Chinese applicants seeking U.S. education typically taking the SAT three to four times, this costly endeavor also decreases accessibility to an international education for many, many students.

Many U.S. universities want to increase international student enrollment, especially from the China market, and thus the Gaokao is worth researching.

Gaokao exists and can possibly be the next biggest trophy in student recruitment arenas.  If U.S. schools choose to ignore this fact, there is no question that others will take advantage of this student pool.

It is no secret that many U.S. universities are under enormous pressures to increase their international recruitment results. The Gaokao has proven itself to be an indicator of dedication and work ethic, to be valued by institutions of learning. Particularly for those schools seeking to level the playing ground culturally–e.g., for those applicants from countries where academic achievement outshines extracurricular participation–it would be in their best interests to look towards this pool as a vital one to sustaining an institution’s academic rigor while also diversifying its student cohorts.

To enhance recruitment of qualified international students from China, the Gaokao student pool is a possible answer for your university.  However, institutional readiness, on the ground recruiting support in China, culturally sensitive on-campus support for Gaokao students, and rapidly adapting to the ever-changing landscape of international recruitment remain major challenges in implementation.

Andrew is an educator and advisor on International education. He is the co-founder and CEO of WholeRen Group. He has been interviewed and quoted by New York Times, VOA, The Wall Street Journal, CNN, Business Insider, The Washington Post, Newsweek, The Atlantic, The Pie News, Chinadaily, CCTV and other mainstream media in both China and US. 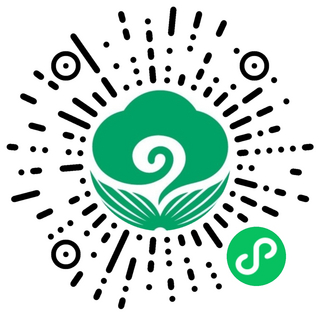 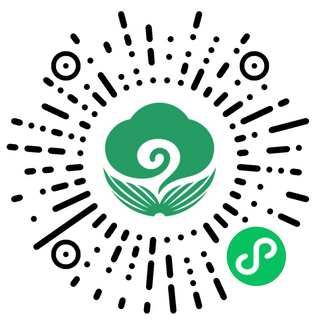